TWO NEW PRECINCTS FOR THE CBD

One-third of the vacant, undeveloped private land in Christchurch’s CBD east of the Ōtākaro/Avon River is set to be transformed by the new ‘North of the Square’ development. The half-billion-dollar development comprises a hotel precinct around the Te Pae Christchurch Convention Centre and a new Catholic precinct in the block bordered by Colombo, Armagh and Manchester Streets.

A collaboration between the Catholic Diocese of Christchurch, the Carter Group and Ōtākaro Limited, ‘North of the Square’ is a great outcome for the city, according to Ōtākaro Chief Executive John Bridgman.

“Up to four hotels will be built on the Te Pae site, through our development agreement with Carter Group, and that includes a five- star hotel that is due to be completed by April 2023,” Mr Bridgman says.

“Having a five-star hotel near Te Pae is a requirement for many significant international events, so this broadens Te Pae’s appeal in the globally competitive event market.

“This is good for our city as business event attendees typically spend twice as much as leisure tourists. Once Te Pae is in full swing, our visitors are likely to inject almost $100m into the local economy each year, according to ChristchurchNZ.

“Importantly, most business events are held from March to November, outside of our big summer visitor peak.” 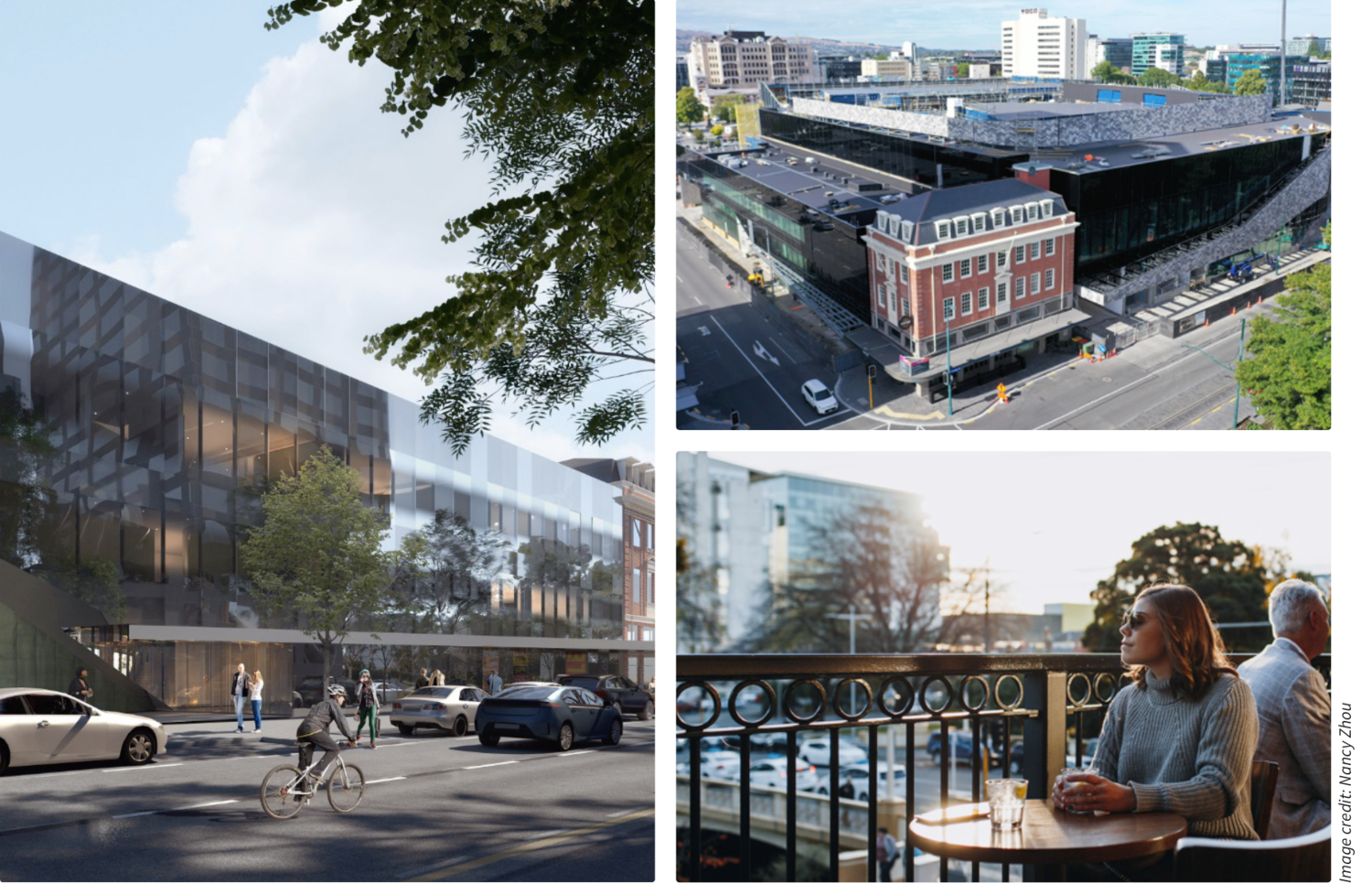 Te Pae will host an array of local, national and international events when the doors open in October. This includes the national College of Midwives conference and a 1000-delegate international wetlands conference, while a Grand Ford Mustang Show – featuring more than $16m worth of classic and modern muscle cars – is sure to attract local car enthusiasts through the doors.

A Crown company, Ōtākaro was established with the goal of balancing both commercial and regenerative outcomes for Christchurch.

“The ‘North of the Square’ development is a great example of us benefitting the city as it also enables the private land adjoining the City Promenade that we created to be completely revitalised through the Catholic Precinct.”

The church precinct will comprise a Cathedral, a pastoral centre/community hub, a primary school for a relocated St Mary’s Primary School, offices for the Catholic Diocese, residential accommodation for clergy, and a multi-storey car park building.

‘North of the Square’ is the largest private, multi-site construction undertaken in the central city post-earthquakes and is the final piece of the jigsaw connecting the Avon River to the performing arts precinct and Cathedral Square.

Property Investors Club is a strong believer that the Christchurch market has great times ahead. There are upcoming seminars providing guidance around property investment. See the below link for more information.

Join Our Next Property Investment Seminar